Your Family's Story is More Than Names and Dates 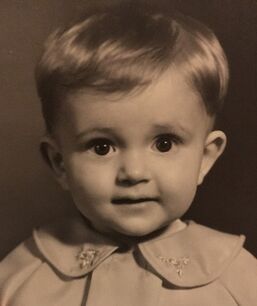 Morgan Thomas was the first and only child born to Cristobel Curtis Crandall and Hyrum Thomas. Although, he would evenutally have 11 half-siblings (five from his mother's first marriage and six from his father's second marriage), he was raised as an only child by his mother and his maternal grandparents.

Morgan was a sickly child, however, as he started his teenage years, he focused  his time and energy on becoming an athlete; eventually becoming a stand-out football star at his high school and the State Champion in the 100 and 200 meter dash events. His success on the track earned him a full ride track scholarship to Brigham Young University. 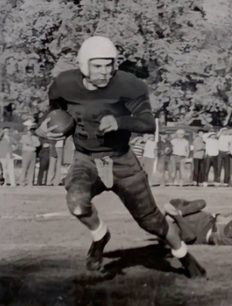 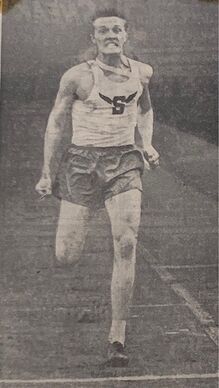 Morgan's constant companion from eighth grade until his death was Joyce Taylor. From their very first date, they never had eyes for anyone else.

Morgan and Joyce were married shortly after they graduated high school. The day that they were married, president Harry Truman declared a state of national emergency, calling for all American citizens to unite their strength again the "threat of Communist world conquest" and throw their "full moral and material strength" into the protection of our freedom.

Morgan and Joyce were stopped by a newspaper reporter on the first day of their honeymoon and asked how they felt about president Truman's declaration. Morgan said, "I think it is okay. We have got too few guys over there (Korea) who are being pushed around. I'll be perfectly willing to go." Joyce also voiced her support, although, you can hear the fear and disappointment of a young bride contemplating her husband having to leave to fight in a war in her response to the reporter. She said, "I hope his (Morgan's) leaving is not too soon. It really effects young people and doesn't leave us much to look forward to; but, I don't see what else we can do." 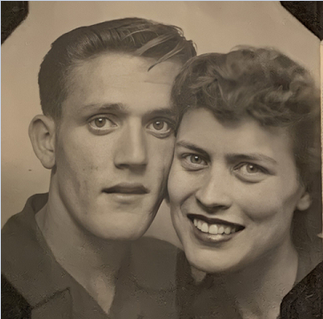 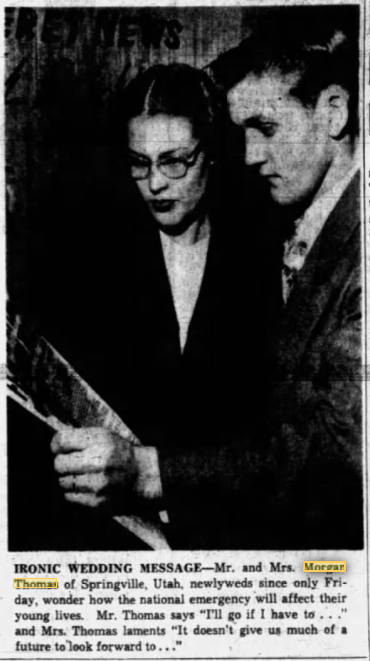